So, do you remember two weeks ago when we were taking out the old sills and putting in new ones?  Well, that went really well.  It looked like it was time, each one has a crack in them like this: 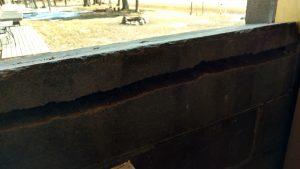 We thought we were so clever to remember to put rebar in our newly poured sills, probably greatly improving what was already there, we told ourselves.  So imagine our surprise when we pushed the first sill out the window and it cracked to expose the rebar already in there!  But on closer inspection, it appears it wasn’t exactly rebar. 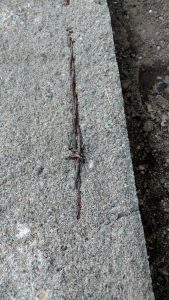 Looks like they used barbed wire!  Very ingenious – I’m sure they used what they had.  Lasted a 100 years, so I suppose I can’t say it didn’t work pretty well.

We stayed the course, and even had a little help one weekend.  Grace came up and helped us mix up yet another sill.  It turned out perfectly, and only 9 more to go! 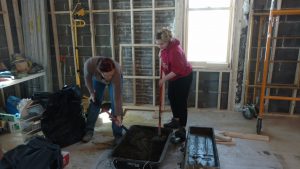 We had a clever idea as well – when putting in the new windows, why not paint them first?  Yes! 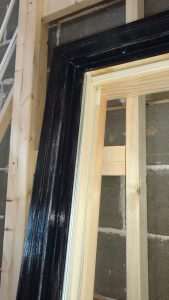 I had a hard time painting these black, but historically, it appears the outside of the windows were black at some point. I can’t verify if that would have been the original paint – just saying at some point in history.

And we were blessed (is that the right word?) with a late season 6″ of snow.  Beautiful, and it allowed me to stay home and watch it snow from the new window.  Beautiful, but I’m ready for spring! 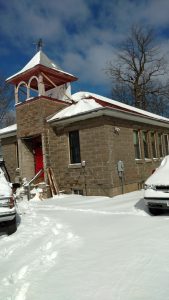 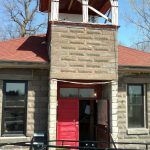 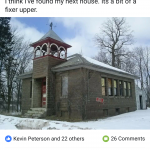 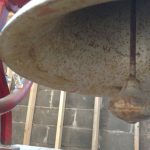 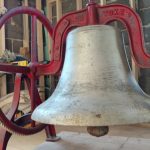 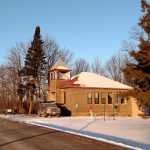 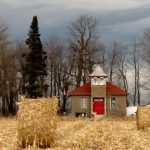 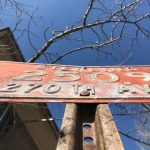 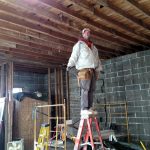 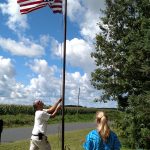 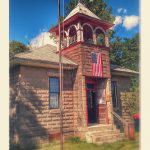 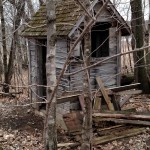 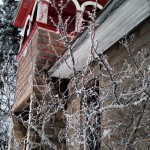 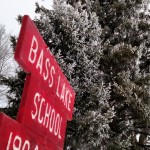 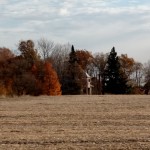 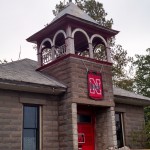 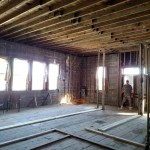 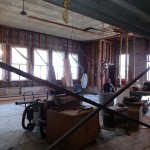 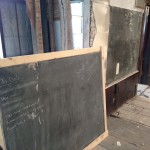 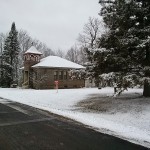